What was the Lennon Wall? 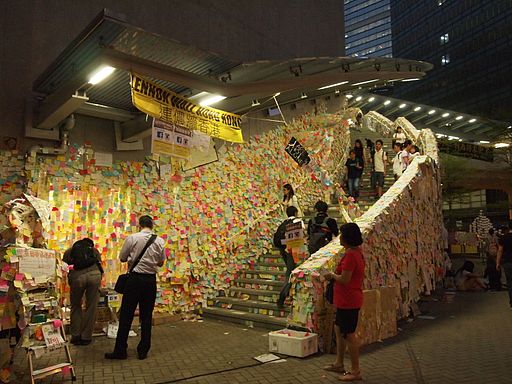 Protesters and passers-by transformed a concrete staircase in Admiralty into a patchwork of handwritten notes carrying messages of support and solidarity, estimated to hold more than 10,000 messages and drawings. The name refers to a sister space in Prague filled with John Lennon’s lyrics where ordinary citizens used the platform to express their grievances against communist rules in the former Czechoslovakia. While Hong Kong’s Lennon Wall has since been removed, the spirit and sentiment of the messages it once carried are not forgotten.

← What Happened to the Art?
What's next? →
What was the Lennon Wall?